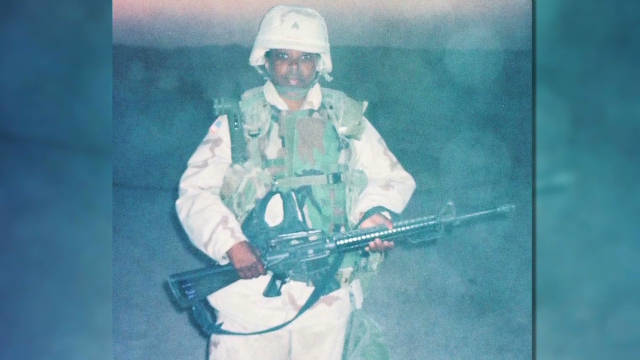 "I do notice when I'm stressing out that I start having dreams about what I saw and how I felt," says Moss, now 40 and retired from the Army. "It does come back as if to haunt you."

The percentage of women in the military has doubled in the last 30 years, with more than 350,000 serving as of 2009, according to the Department of Veterans Affairs' latest figures. With more female troops in combat, there has been an increase in PTSD diagnoses: One in five female veterans suffer from PTSD, according to the VA.

As a light-vehicle mechanic, Moss drove across Baghdad and provided security at checkpoints during her combat tour in Iraq. When she returned home, she became overly protective of her two children, fearing that someone was going to kidnap or harm them.

At the same time, she hunkered down inside her home, staying in bed, because she says it was too hard to face the most mundane tasks such as shopping.

"It was crazy. I couldn't even do crowds. It reminded me when we were in a marketplace (in Iraq), and we didn't know if somebody was out there to kill us," Moss explains. "I'm back home, and I didn't have to worry about a suicide bomber, but I still felt as if there was one lurking in the mall or the grocery store." 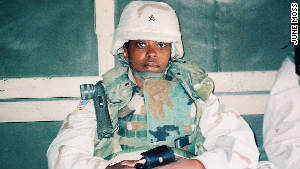 Army Staff Sgt. June Moss provided checkpoint security in Baghdad during the Iraq War.
Six years ago, she contemplated cutting her wrists to end the pain. Today, Moss has progressed significantly after specialized therapy provided by the local Veterans Affairs in Palo Alto, California, where the focus is on female vets like herself.

"Women are exposed to combat now more than ever before, and they're proving to be just as resilient to those exposures as men," he said.

There is no cure for PTSD, only treatment.

"It takes a lot to live with PTSD," Moss says. "I hate to compare it with being an alcoholic, because I'm not one, but that's the best description I can give. You're always one incident from spiraling out of control back to where you were -- being depressed, not coming out of the house, not being able to sleep, having night terrors, night sweats, all those kinds of things." 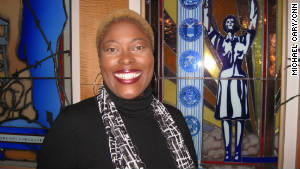 Today, with the help of her local VA, June Moss has gotten treatment for her PTSD.
Moss attributes an angry outburst in her workplace last year to PTSD, after she says she had become complacent with her treatment. Moss physically struck a fellow employee with whom she was romantically involved.

"I just went off. It went from verbal to physical. And, thank God, I didn't lose my job over it. But I did get in trouble," says Moss, who was suspended for three days without pay. "Those feelings came out of nowhere."
Moss says she realized that even years later, she needed to actively engage in her weekly therapy. She also turned to her boss, the chaplain at the Palo Alto VA, to focus on her spirituality.

"I'm constantly working on how I'm thinking," Moss says of her regimen today, which includes morning meditation, listening to gospel music and exercising.


It takes a lot to live with PTSD. ... You're always one incident from spiraling out of control.
Retired Staff Sgt. June Moss
Her new mantra: "Staying positive and keeping negativity out of my life!"

Moss has lost 40 pounds in the last two years and is pursuing a degree in human resource management at San Francisco's Golden Gate University.

Moss beams with pride when she discusses recent steps in her therapy made within the last six months. She went on a trip by herself to Philadelphia while her teenage children went away to camp. She says technology, like video chat, helped her make such a stride. Moss also took her daughter to a concert in October, braving a shoulder-to-shoulder crowd.