TSA. Thank you for the Protection. Glad to have you as BEMA Critical Infrastructure members

TSA Week in Review: BB Gun in a Book 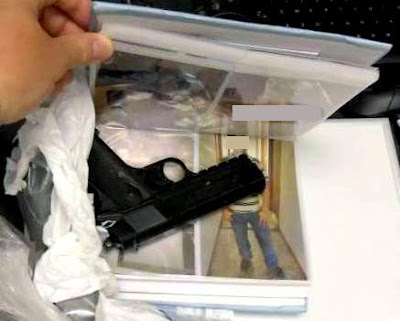 BB Gun in a Book – While we regularly find BB and pellet guns, I don’t usually write about them, but this one was kind of interesting. Why? Well, first off, it has the appearance of a real firearm, and it was taped inside of a book! The book wasn’t hollowed out mind you, it was just taped there. This was discovered at Fargo (FAR). Realistic replica firearms are prohibited for the same reason that inert grenades are. They not only cause the checkpoint to come to a halt when we find them, but imagine if somebody waved one of these items around on a plane. There are many scenarios of what could happen, and not one of them is good.

Oops, I Forgot There Was a Pistol in My Pocket: A passenger traveling out of Oklahoma City (OKC) was removing items from his pocket prior to walking through a body scanner when he realized he had an unloaded .22 pistol in his pocket. 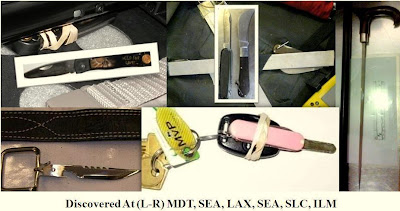 Items in the Strangest Places – It’s one thing to forget you had a prohibited item in your bag, but when you intentionally try to sneak it past us, you could be cited or even arrested by law enforcement. Here are a few examples from this week where passengers tried to sneak items past our Officers.

People Say the Darndest Things – Here is an example of what not to say at the airport. Statements like these not only delay the people who said them but can also inconvenience lots of other passengers if the checkpoint or terminal has to be evacuated: 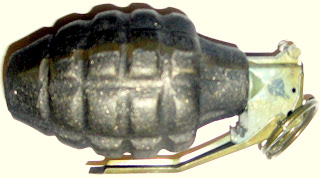 Inert Grenades Etc. – We continue to find hand grenades and other weaponry on weekly basis. Please keep in mind that if something looks like a bomb, grenade, mine, etc., it is prohibited - real or not. When these items are found at a checkpoint, they can cause significant delays to you and other passengers. I know they are cool novelty items, but again, please do not take them on planes! Read here and here on why inert items cause problems.
Stun Guns – Zzzzzzap! 6 stun guns were discovered in carry-on bags at checkpoints around the nation: 2 at Denver (DEN), Atlanta (ATL), Tucson (TUS), Los Angeles (LAX), and Kansas City (MCI)

Miscellaneous Prohibited Items - In addition to all of the other prohibited items we find weekly, our Officers also regularly find firearm components, realistic replica firearms, brass knuckles, ammunition, batons, and a lot of sharp pointy things. Just to mention a few…

Firearms - Here are the firearms our Officers found in carry-on baggage since I posted last Friday.

You can travel with your firearms in checked baggage, but they must first be declared to the airline. You can go here for more details on how to properly travel with your firearms. Firearm possession laws vary by state and locality. Travelers should familiarize themselves with state and local firearm laws for each point of travel prior to departure. 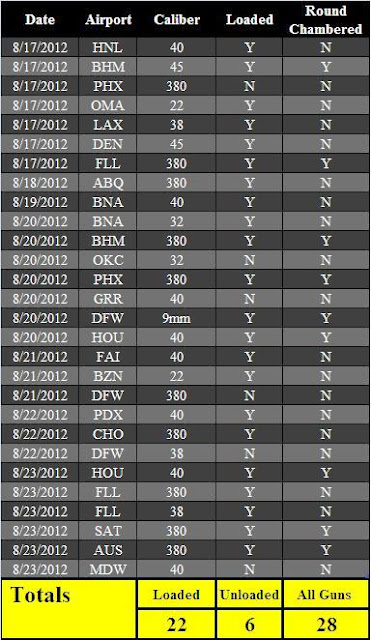 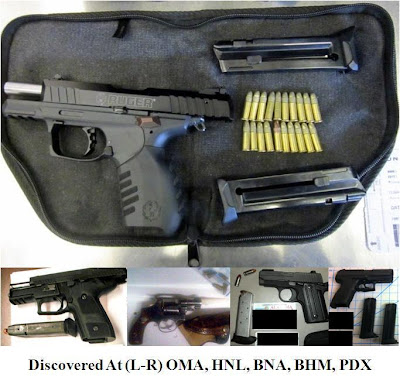 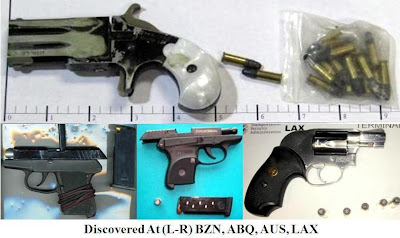 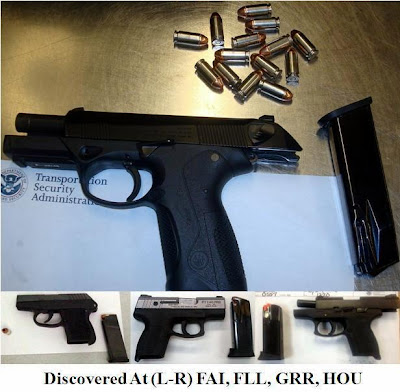 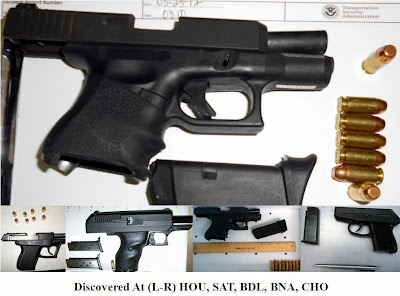