Global Inequity: United Arab Emirates. Then and now in 2020. What you are never told. Look beyond your highrise. September 2020

"This media focus gives outsiders the illusion of a rich and prospering country, and here are 10 facts about poverty in the United Arab Emirates worth knowing. " 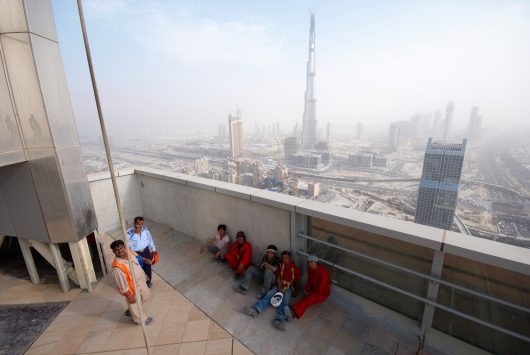 The United Arab Emirates (UAE) GDP per capita is a whopping 49,000, and the unemployment rate is as low as 2.4 percent. At first glance, the country appears to be thriving with room for growth; yet, there is a large population living in poverty in the UAE. This is not present in the news as the focus is usually on the prosperous cities of Abu Dhabi and Dubai, both of which control the majority of the UAE’s total wealth.

This media focus gives outsiders the illusion of a rich and prospering country, and here are 10 facts about poverty in the United Arab Emirates worth knowing.

Facts About Poverty in the United Arab Emirates

Room for Growth in the UAE

These facts about poverty in the United Arab Emirates show that although stable in many regards, the UAE could do with foreign aid and government assistance.

While the country has impressive employment rates and GDP per capita, the percentage of citizens living in or at poverty level is striking. Thankfully, the local government of the UAE has implemented assistance programs in an effort to reduce and relief local poverty. But also in the meantime, assistance should be offered and readily available for those in need.