Black History Month: What are the boundaries of the African-American communities?

What are the boundaries of the African-American communities?
The boundaries of the African-American communities are within the boundaries from the top of North America, Central American, the tip of the bottom of South America, and all of the Caribbean Basin islands.
One day that we as Americans celebrate is Columbus day.  Where was the first location of the landing of Columbus within the America's?
African-American communities aren't just within the boundaries of the U.S. but everywhere that African-descent communities are formed.
Thinking outside of the box is constantly mentioned in all aspects of business, and other ventures in the creation of new and innovative ideas.  Our African descent communities within the America's were subjected to seperation by region, and languages.
In the 21st Century these barriers can be overcome by the advances in telecommunications, and education that can bring all of these communities together.
Black History Month is not just for U.S. African-Americans, but all African descent communities world-wide to celebrate our heritage and contributions to the world.  History is written by those who write it, and cannot be just written by those in power or the majority.
Write your family history, write your community history, and remember and honor those from the past.
Sincerely,
Charles D. Sharp
Charles D. Sharp
Emergency Manager
Senior Advisor
Black Emergency Managers Association
at January 30, 2012 No comments:

Could you survive an extreme weather disaster? 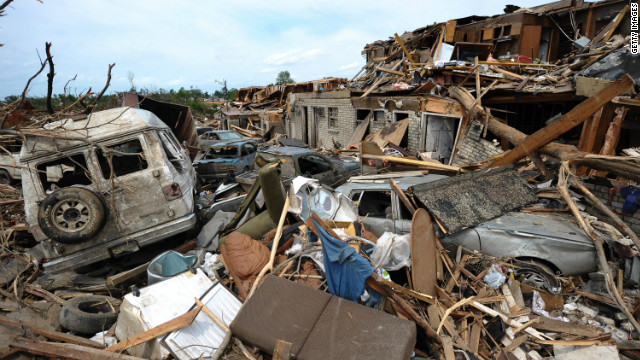 "Before the twister hit, I sent a last text to say 'I love you' to my best friend, and then the building began to come apart around me," said the 34-year-old from Henagar.

Roberts said she knew only about two minutes before impact that the twister was heading toward her store. The tornado was rated an EF-4, with estimated winds peaking at 175 mph. "There was no time for preparations, only prayer," she said. "I felt utterly hopeless thinking I might be spending my last moments on Earth curled up on the stockroom floor." 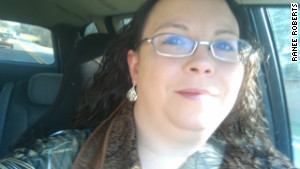 Ranee Roberts, 34, survived a tornado that directly hit her Alabama business.
Looking back, she was ill-prepared for the storm and its aftermath. She felt that she got off extremely lucky walking away with "just a few scratches" to her body.

She learned from her harrowing experience to keep a first-aid kit, flashlight, bicycle helmet, battery-powered radio, power generator and Meals Ready to Eat in her storm closet.

According to the National Oceanic and Atmospheric Administration, a record 14 weather and climate disasters in 2011 caused $1 billion or more in damage, including the Alabama tornado that Roberts survived. At least 669 people died in these storms and thousands were injured.

2011: Tuscaloosa damage before and after

2011 aerials show Vermont's Irene damage
"In my four decades of tracking weather, I have never seen extreme weather like we had in 2011," said Jack Hayes, NOAA's assistant administrator for weather services and the National Weather Service director.
Although no two years are alike, Hayes said, it's important for Americans to be prepared for the worst.
"The U.S. population has almost doubled since 1954, and trends such as urban sprawl and conversion of rural land to suburban landscapes increase the likelihood a tornado will impact densely populated areas," he said. "We have also become more vulnerable to coastal storms and hurricanes as more people are living in coastal areas."

Hayes said the 2011 Southern drought and floods across the northern U.S. represent the extreme temperature and precipitation swings that climate scientists project will become more common amid a warming climate.
As a result of these conditions, Hayes' agency has redoubled its efforts to create a "Weather-Ready Nation."
"We want the nation's response to and the outcome from severe weather to be different in 2012 and in the future," he noted.

The devastating effects of extreme events can be reduced through improved readiness. Hayes said a "weather-ready nation" is one made up of people empowered to make life-saving decisions that also prevent devastating economic losses.

Roberts said that neither she nor her neighbors and friends in Alabama felt they were as prepared as they could have been for April's tornado. They lacked basic supplies and relied on the Federal Emergency Management Agency, other community members and a local church to help them after the storm.
"That tornado was a clear reminder of our vulnerability," she said. "Your life can change in an instant."
One of the many lessons she learned from her experience was to create an emergency preparedness plan, something Hayes wants for all Americans.

In the end, emergency managers, first responders, government officials, businesses and the public need to be equipped with better weather information and a plan to make fast, smart decisions to save lives and livelihoods, Hayes said.

As part of creating a "weather-ready nation," Hayes' agency is launching pilot projects in the Gulf Coast, South and mid-Atlantic regions to increase "on the ground" capabilities.

In the north central Gulf region, for instance, a pilot team of meteorologists and hydrologists is developing methods to improve coordination to enhance preparedness and response efforts.

Family survives storm as house collapses
Hayes also wants Americans to understand that each type of weather condition deserves a specific type of preparedness. NOAA's website links to FEMA's ready.gov site, which offers detailed information on how to create a disaster plans for various conditions.

To prepare for tornadoes, for example, it's critical that families identify a "safe room" in their house to go to when they hear a tornado siren or learn that a tornado warning is in effect, Hayes said. If you are outside or away from your home, you should immediately get into the lowest level of a sturdy building. The safest type of room would be underground, such as a basement or cellar, he said Meteorologist Bonnie Schneider, who appears on the various media platforms of CNN and HLN, has written a new book releasing January 31, called "Extreme Weather," which provides a guide to surviving all types of natural disasters. She notes the growing importance of technology and social media in becoming a "weather-ready nation."

"During natural disasters like earthquakes or hurricanes phone lines may go down so SMS and Twitter may be the only ways to communicate," she said. "It's important to have these types of accounts set up, and know how to use them, before an extreme weather event occurs."

Schneider recommends having a plan for pets too, including emergency food supplies and an accessible place to keep a picture of your pet and proof of ownership. This may be needed at a shelter, or if the pet is lost.
"You've got to be proactive in preparing for extreme weather," she said.

"An extreme weather condition, like the tornado I experienced, doesn't care if you are rich, poor, young or old," said Roberts. "What does matter is how prepared you are and how quickly you react when time is of the essence."
at January 28, 2012 No comments:

Since 1975, the Natural Hazards Center has hosted the Annual Natural Hazards Research and Applications Workshop for 400 federal, state, and local emergency officials; representatives of nonprofit and humanitarian organizations; hazards researchers; disaster consultants; and others dedicated to alleviating the impacts of disasters.

The International Research Committee on Disasters Researchers Meeting and the Natural Hazard Mitigation Association Practitioners Meeting will immediately follow the main Workshop from Tuesday, July 17 through Wednesday, July 18.
at January 27, 2012 No comments:

The Mary Fran Myers Scholarship Committee is now accepting applications. Recipients will receive financial support allowing them to attend the 2012 Natural Hazards Research and Applications Workshopin Broomfield, Colorado, July 14-17. Recipients may also stay through July 18 to attend either the International Research Committee on Disasters or the Natural Hazard Mitigation Association add-on events for researchers and practitioners, respectively. Scholarships can cover part or all of transportation, meals, and registration costs.

The Mary Fran Myers Scholarship is awarded annually to at least one potential Workshop participant. Recipients are recognized at the Workshop and may be asked to serve as panelists, where they can highlight their research or practical experiences with hazards and disasters.

As the longtime co-director of the Natural Hazards Center, Myers recognized that many of the people and organizations that could benefit from and contribute to the Workshop—including local practitioners, students, and international professionals—were among those least likely to afford it. The scholarship was established in 2003 to fulfill Myers’ request that qualified and talented individuals receive support to attend.

Hazards practitioners, students, and researchers with a strong commitment to disaster management and mitigation and who reside in North America or the Caribbean are eligible to enter. Eligibility is based on current place of residence, not citizenship.
Applicants from outside North America and the Caribbean will be eligible for the scholarship in 2013. Previous attendees of the Natural Hazards Workshop are not eligible for the 2012 Mary Fran Myers Scholarship. Preference is given to those who can demonstrate financial need.
For more information on past scholarship winners and how to apply, visit the Mary Fran Myers Scholarship page at the Natural Hazards Center Web site. Applications must be received by March 26
at January 27, 2012 No comments:

The reserved breakout session is an opportunity for students to present thesis or dissertation research.

In past years this has proven to be a very popular session with conference attendees.  Students wishing to present their research must be graduate or doctoral students currently enrolled in an emergency management program and have the recommendation of a faculty advisor.

Presentation is “one student only” delivery.

We do not allow group presentations for this session.  Presentation should be 10 minutes or less in length.

v  Those interested in presenting at the Higher Education Conference can access the
“Call for Papers/Presentations” on the Hi Ed website at
http://training.fema.gov/EMIWeb/edu/educonference12.asp.
Make sure to include the form with your one page proposal.  Email both to Barbara.Johnson3@fema.dhs.gov.
at January 27, 2012 No comments: