The New Panama Canal Could Change Everything For US Imports

The near-total closure of the Ports of Los Angeles and Long Beach, which ended Wednesday after a week-long strike, could have crippled the flow of goods into the US. But it could be the start of new battles ahead for major US ports. 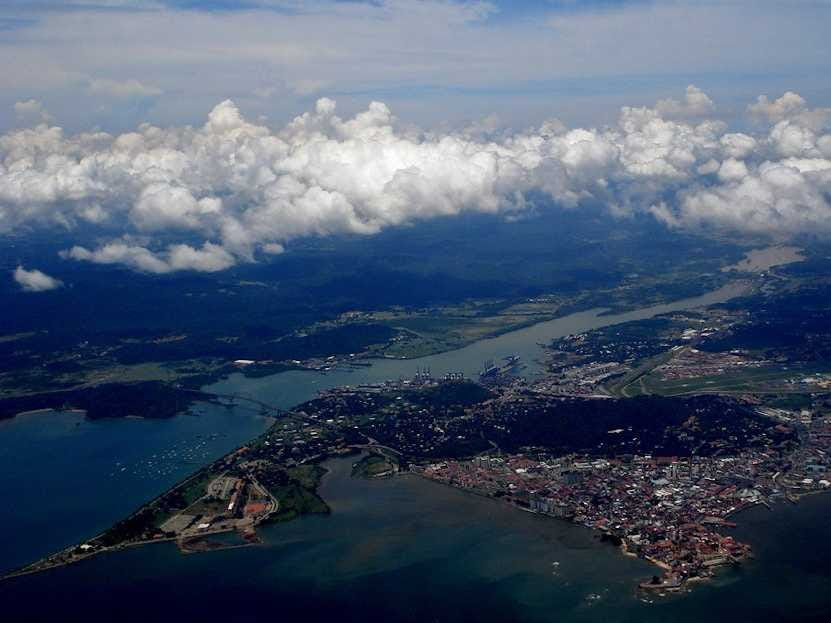 The rise of bigger and more massive ships, the expansion of the Panama canal to accommodate them, and increasing coordination between trucks and trains to make the journey over land cheaper could mean an upheaval in the ports’ dominance as early as 2015. This would completely alter the way goods enter the world’s largest consumer market.
The changes are two-fold, but the widening of the Panama Canal is the biggest of them. When completed in 2015, the new canal will allow bigger ships to slash their journey time from ports in Asia to the east coast of the US, and allow vessels bound for Western Europe to avoid a time-consuming journey through the geopolitically problematic Suez Canal.
Ports that want to compete in this new environment have to adapt. First they must dredge, to allow bigger ships to dock. Shipping companies have already been loading up on these ships and even larger “post-Panamax” cargo ships and tankers that will be too large for even the expanded Panama Canal.
Many US east coast ports have adjusted to this change. The ports of New York and New Jersey, Baltimore, Charleston, Savannah, Jacksonville, New Orleans, and Miami all have projects in the works to deepen their harbors (pdf). But their simultaneous expansion plans mean these ports will be competing not only for financing to adapt themselves, but also for vessel traffic. They also face competition from ports in Canada and Mexico, which, says a report from Colliers International (pdf, p.8), “have steered container traffic bound for U.S. destinations into their ports; from there, the cargo enters the U.S. via rail, avoiding U.S. port taxes which support harbor maintenance.”
Adding to the equation is increasing “intermodal efficiency”: i.e., trucks and trains have been working together to get goods to their destinations more quickly. In fact, it’s a key piece of the west coast ports’ plan to remain relevant once the expanded Panama canal forces them to compete more directly with the east coast ports. Eve Irwin and Dr. David Denslow, for the Bureau of Economic Research, write:
Already the ports along the west coast are feeling the threat of the expanded canal. It costs much less to move cargo by ship directly to the eastern seaboard ports that serve some 60% of the U.S. population. The only edge the west coast ports have, besides their tremendous size, is that train transshipment across the country potentially saves one week of time. 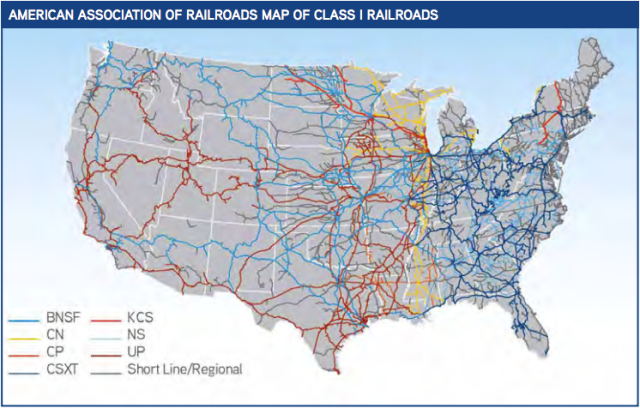 www.colliers.com
Coordination between train and trucking companies has allowed for faster shipments cross-country over land.
No matter their attempts to accept and lure bigger ships, North American ports are notoriously inefficient. Their berths handle 24% fewer containers per hour for big ships than in Northeast Asian ports, 11% less than at European ports, and 18% less than at ports in the Middle East.
Thus every labor dispute is part of a larger power struggle. In this increasingly competitive shipping world, it’s hard for ports to keep paying high salaries. Disputes, whether over wages or other things (in Los Angeles and Long Beach it was over which jobs are considered union jobs) can scare shipping firms into using different ports in Canada and Mexico. Strikes cause headaches to all kinds of transportation companies; according to Colliers (pdf), “in its Q2 [202] earnings release, the Canadian Pacific Railway blamed a nine-day strike for an almost twenty percent drop in second-quarter profits”—and that strike wasn’t nearly as important as the one that just ended in Los Angeles and Long Beach.
This drama will play out over the next few years, as logistics firms prepare for an expanded canal. There is now a brewing labor dispute at 14 east coast ports—including North America’s third-largest cargo port by volume (pdf), the Port of New York and New Jersey—which could lead to another round of strikes in January if negotiations continue to go nowhere.