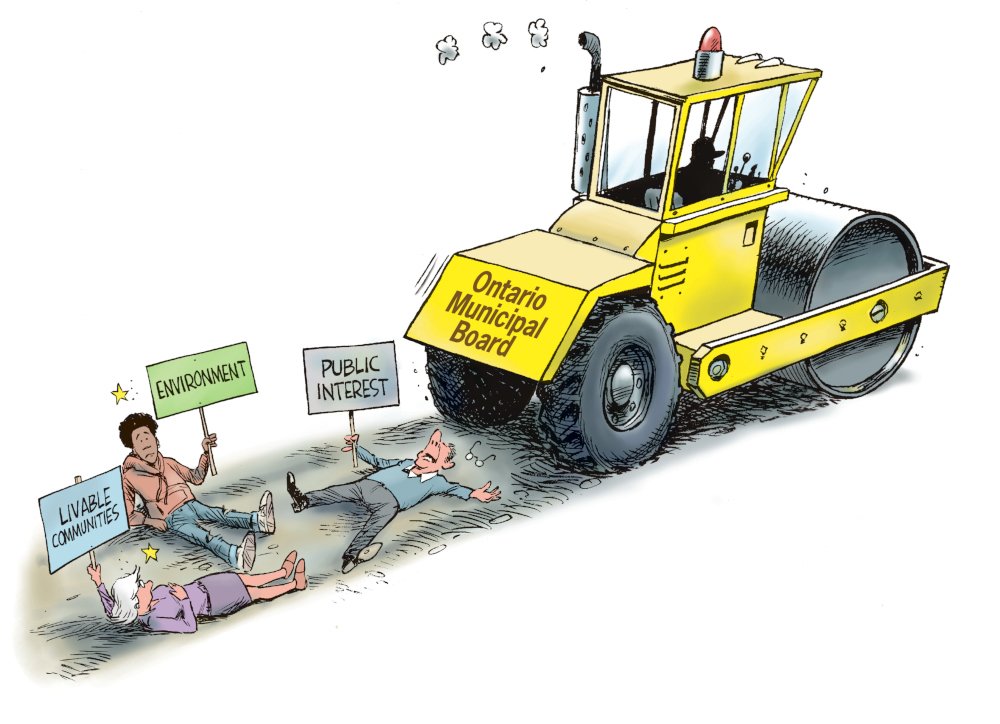 "As part of the More Homes, More Choice Act (Bill 108), the Ontario government intends to bring back the Ontario Municipal Board (OMB).

Returning to the OMB takes us back to an expensive, time consuming dispute resolution process that was difficult for citizens to take part in. But this time citizens voices will be highly limited, making it even more difficult for the public to participate.

The OMB was dismantled after an extensive 2-year public review and replaced with the Local Planning Appeal Tribunal (LPATs). Now the Ontario government is bringing it back at the request of developers with no input at all from the public."

Why is Ontario bringing back the OMB? Because developers asked them to.

NOTE:
Bill 108 would also remove protections for Ontario’s
230+ species-at-risk, allowing developers to bulldoze
their habitat in order to allow them to turn a profit.

Bill 108 would make survival even harder for Ontario’s endangered species by:
"If enacted as proposed, the proposed legislative amendments, introduced in legislation known as Bill 108, would fundamentally alter key features of the province’s planning system, such as parkland dedication, development charges, section 37 community benefits, the role of heritage protection, and the availability of inclusionary zoning, among other things. Perhaps most importantly, a new “community benefits charge” based on a percentage of land value would replace parkland dedication requirements, soft service development charges, and section 37 contributions."