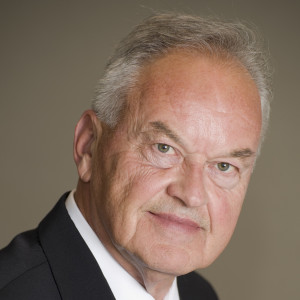 In retirement communities around the nation some folks are dancing with joy.

Millions who retired under the federal civil service program, everybody entitled to retired military pay or Social Security are anticipating their largest cost of living adjustment in 40 years: anywhere from 8-11%.

Any COLA in that range (and it could be even more) would be the biggest raise in decades for the biggest bloc in the nation. In January of this year, the COLA was 5.9% for most. And 4.9% for feds under the newer FERS retirement program. Hold that thought…

But many silver linings have a cloud. The annual COLA catch-up , the nation’s biggest raise for the most people, is no exception. A record 2023 inflation catch-up — whether 8%, 11% or more — is great. A must. It will help a lot.

But do the math! A record COLA, regardless of its amount, won’t solve any financial squeeze many retirees are in. It won’t make up for the record inflation the nation and world are suffering. Especially after years of modest 2-3% price increases.

The January 2023 COLA will reflect living cost hikes and inflation, that have already taken place. You are paying for things now using 2021 pricing data.

The exact amount of the COLA won’t be known until October. That’s when the inflation-tracking CPI (consumer price index) data for July, August and September is available. The good news it will be big. The not-so-good news is that for many, it won’t be enough. And for feds who are retired or will be retiring under the newer FERS program, the COLA news is even grimmer. Because of a diet-COLA feature, FERS retirees get one percentage point less than CSRS/Social Security retirees if inflation exceeds 3%. That’s more inflation protection than most private sector retirees have. But not enough to keep up with things like gasoline, food and clothing. And for many retirees, higher medical and home care costs, which are not fully reflected in the CPI data.

Over periods of high inflation retirees, like those under the FERS program, are not fully protected from inflation. In periods of high inflation, like now, they lose more and more purchasing power each year. There are proposals, pushed by groups like the National Active and Retired Federal Employees, that would switch the COLA to a government measuring tool that takes into account the higher costs of older retirees. But for now it is what it is.

Good news: A possible record high inflation adjustment is in the works!

Bad news: It would be in response to a record high jump in inflation. Meaning more people are financially treading water. And it could get worse before it gets better.