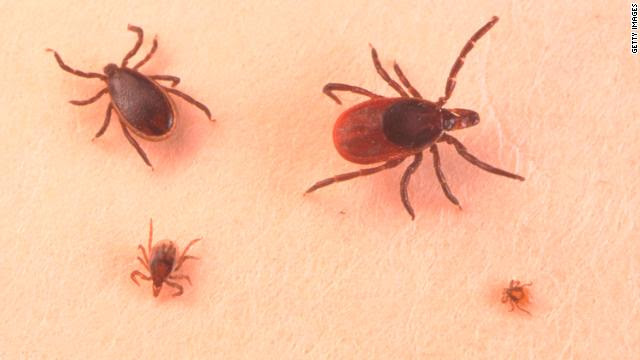 It started with fever, fatigue,  diarrhea and loss of appetite.

But for two farmers in northwestern Missouri, the severe illness that followed a tick bite led epidemiologists on a journey to a new viral discovery.

"It's brand new to the world," said William Nicholson with the National Center for Emerging and Zoonotic Infectious Disease at the U.S. Centers for Disease Control and Prevention.

"It's unique in that it's never been found elsewhere and it is the first phlebovirus found to cause illness in humans in the Western Hemisphere. At this point we don't know how widespread it may be, or whether it's found in other states. We don't know how many people in Missouri may have had this virus, as the finding of a completely new virus was a surprise to us."


Nicholson, one of the authors of the report detailing the two cases published Wednesday in The New England Journal of Medicine, suspects the new virus is a member of the tick-borne phlebovirus and is a distant cousin to Severe Fever with Thrombocytopenia Syndrome Virus (SFTSV), a virus found in central and northeastern China and known to cause death in 13 to 30% of patients.

There are more than 70 distinct viruses in the phlebovirus family, and they're grouped according to whether they are carried and transmitted by sandflies, mosquitoes or ticks.

"We're not saying at this point that it is tick-borne," Nicholson said. "We suspect ticks. It might be a lone star tick or another tick, but we have not ruled out sandflies or mosquitoes."

According to Nicholson, this new virus "clusters genetically" - or is very similar, yet distinct - to other tick-transmitted phleboviruses and more distantly with the sandfly and mosquitoes. Researchers identified it by genetically sequencing the entire genome of the virus and comparing it to existing viral genomes.

"We're casting a wide net so we can really figure out where this virus is located and how it's being transmitted," he said. "We are also going to be doing laboratory studies to learn more about the biology of the virus and how it might be transmitted."

One farmer was a healthy 57 year-old man; the other, a 67-year-old man with type II  diabetes. Recovery for both farmers was slow. Both were hospitalized for about two weeks in 2009, and took about a month and a half to recovery fully.

It's unknown whether this new virus can be transmitted from person to person, but no family members or caregivers reported symptoms similar to either patient.

At the moment, Nicholson said, there is no cause for concern. "I don't think anyone should be worried. We are not worried ... we are curious of what role the virus plays in human disease."

To that end, an epidemiological study is underway in western Missouri, where researchers hope to identify new patients with similar symptoms. For now, researchers will turn their attention to the large number of vertebrae hosts maintaining the virus in nature - mammals both wild and and domestic, as well as birds. In the fall, they will check out the deer and wild turkey population.

Tick-borne diseases are on the rise in the United States. And while this new disease might not be tick-borne, ticks are the number-one suspect. Nicholson says people should use repellent, check themselves for bites or ticks, and avoid certain areas - if possible - that might serve as good habitats for ticks, such as wooded areas and areas with fallen leaves.