Jails are at the local level in town, cities, and counties.  Must be monitored for corruption, human trafficking, slave\inmate labor for commercial purposes, and other abuses.

When a Jail Becomes a Homeless Shelter 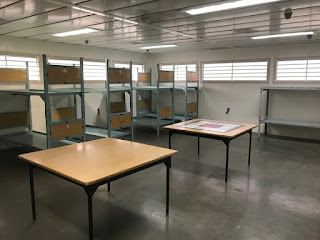 A dorm room in the West Wing of the King County Jail, which is being converted into a homeless shelter. King County, Washington


King County, Washington’s plan stoked concerns about the link between homelessness and incarceration. Local leaders say they have a moral obligation to do what they can.