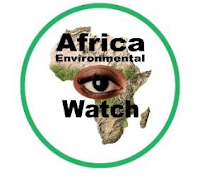 Bowie MD – August 22, 2022. Africa Environmental Watch (AEW) welcomes and wishes to thank the government of the United States under the leadership of President Joe Biden and Congressional Leadership for the historic “Inflation Reduction Act” legislation that included 369 billion dollars for combating the dangers of climate change.

This is yet another manifestation of America’s bold leadership in the world, especially for the global environment. It is by far a significant amount of money in the history of climate change mitigation. It is not only a win for America but the entire global environmental community, especially, the continent of Africa that is suffering from the brunt of the negative climate impacts from the giant polluters.

As a result of these negative climate impacts, Africa’s economies are threatened and so are agriculture/food security, an increase in drought and famine, floods, water scarcity and the proliferation of diseases, deforestation, and many more.

According to the United Nations Framework Convention on Climate Change (UNFCCC), the entire Continent of Africa contributes less than 4 percent of the total global emissions that trap into the atmosphere yet suffers the impacts of over 65 to 75 percent from the major polluters such as China, USA, Europe, India, Canada, Australia, and many others.

Africa Environmental Watch (AEW) believes this enormous United States’ climate legislation as a call for stronger action, could not have come at a better time for Africa to help combat the challenges it faces from climate impacts. It is AEW's hope that other major polluters will emulate the bold action by the United States to collectively help save the world from the negative climate impacts that are threatening the ecosystem and human survivability.

AEW’s core mission is “To create a safe, resilient and sustainable environment for Africa.” AEW is prepared and willing to collaborate in this global endeavor to embark upon climate change initiatives for Africa and the world.